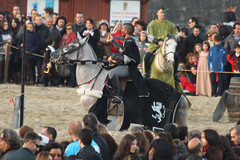 Question by zaatheist: Is the bible wrong? Did Jesus survive the crucifixion and spend his remaining years living in Kashmir?
According to an eclectic combination of New Age Christians, unorthodox Muslims and fans of the Da Vinci Code, the grave contains the mortal remains of a candidate for the most important visitor of all time to India.

Officially, the tomb is the burial site of Youza Asaph, a medieval Muslim preacher – but a growing number of people believe that it is in fact the tomb of Jesus of Nazareth.
http://news.bbc.co.uk/2/hi/programmes/from_our_own_correspondent/8587838.stm

What evidence is there that can prove this claim is false?

I can’t seem to find a map for Hogwarts anywhere sir? Can you?