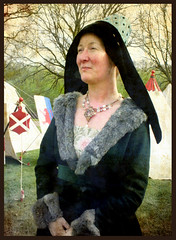 Question by demhater: Why is the liberal media MSNBC characterizing the mass murderer Omar Thornton as a victim of racism?
Why are they focusing on this psycho killer and that black or not black he is NOT the victim in this crime. The dozens people he shot and killed are……..

Those preoccupied with Thornton’s charges of workplace racism might wish to reflect on this: Racist and other bigotry-based murderers always blame their victims. Medieval Christians who murdered Jews blamed the Jews for poisoning wells, baking Christian children’s blood in their matzo or some other terrible crime. Whites who lynched blacks blamed those blacks for rape or some other crime. Nothing is new about the Thornton racist murders except that the society in which in it occurred concentrated on the racist’s excuses rather than on his murders.

Just as leading liberals would not ascribe Islamist motives — until there was no possibility of denying them — to recent Muslim attacks on Americans, the liberal media, i.e., almost all news media in America, does not brand these Connecticut murders for what they are: racist. That is why Thornton told the 9-1-1 operator, “I wish I could have gotten more of the people (i.e., whites).”

We are repeatedly told by liberal whites and blacks that America needs an honest dialogue on race. Needless to say, they don’t mean it because the moment a white or black says anything critical of black behavior, he is labeled racist or Uncle Tom. So most non-liberal whites and blacks just keep quiet.
http://www.realclearpolitics.com/articles/2010/08/10/liberals_dishonestly_describe_connecticut_murders.html

Answer by Mr. Wolf
In the real world it is possible that he could be both.

Know better? Leave your own answer in the comments!