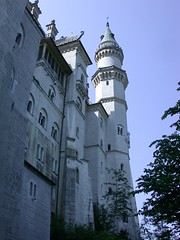 Question by : Is this a good example of how corrupt the Vatican and Catholic church is?
“”Charles Francis Flynn – known in his neighborhood as simply, Charlie is a 20th century American criminal. Charles was born in May of 1946 in Brooklyn, New York. A tall 6’2” man with a slim build, wavy slicked back dark brown hair and light green Irish eyes. He was first arrested at the age of 17 in 1963 for a drug arrest and continued his downward spiral from there. Flynn started working with a uncle on the west side of Manhattan and was drafted by the US Army at the age of 21 in the summer of 1967, Flynn was not pleased and considered himself “too good for the military”, Flynn, however received little pity from his D-Day veteran father, and the Army. Flynn was sent to the jungles of Vietnam by September of that same year and fought in combat during the 1968 Tet Offensive. Flynn was honorably discharged in 1969, despite superiors noting Flynn as “holding a deep disdain for authority figures”. After returning to civilian life, Flynn’s drug use became a severe issue. Flynn lived with his parents for several years and around 1977, his father found him a job with a small steel company that had it’s main office in the World Trade Center, Flynn excelled as a commodities trader. Flynn was described as not “incredibly intelligent but used his good looks, deceit, manipulative skills and street smarts to quickly advance in his new career” In 1981 Flynn was arrested for insider trading and served fourteen months in federal prison, upon release Flynn realized he had lost his job, this greatly angered Flynn.

In 1983, at age 37, Flynn moved back in with his parents and younger sister. It was around this time Flynn created started a new firm, while the SEC was investigating him. Flynn eventually agreed to pay a fine in addition to being barred from trading by the Securities and Exchange Commission in 1988, Flynn used several aliases, including Mark Rose.
In an attempt to use the Roman Catholic Church to discourage questions of legitimacy, Flynn founded the St. Francis of Assisi Foundation in the British Virgin Islands, with a nominal mission of investing in insurance companies in order to fund hospitals. Among people solicited to join the Foundation board was retired CBS Evening News anchorman Walter Cronkite; when he declined to join, his name was used anyway.An official of the Roman Curia, Monsignor Emilio Colagiovanni, agreed to sign a letter falsely stating that the Foundation received funding from the Vatican in exchange for several million dollars for his personal use and a ten million dollar donation to the Catholic church. The then 65 year old Colagiovanni was extradited from Vatican City and served a five year sentence in a Maryland federal prison known as “Club Fed”, from 1999 – 2004, as of 2011 he is 77 years old and living in Italy.

By November 1993, Flynn’s illegal antics had caught up with him and he was under serious investigation by the FBI for defrauding the government, tax fraud, wire fraud and various other crimes. Around this time, Flynn’s long-time and devout Catholic girlfriend Cara Kelly threatened to turn him in, due to using the churches name in vain, after Flynn attempted to persuade her and she refused, Flynn brutally stabbed her at least thirty times and set his Connecticut compound on fire with her in it, attempting to destroy any paper trail.

Flynn quickly fled to his ancestors homeland, and a small town filled with medieval era castles, Kilkenny, Ireland. Flynn made several connections with like-minded individuals, and even a distant cousin. In March of 1995, Flynn was tipped off that the American government and Irish officials had an agreement in place to arrest and quickly extradite Flynn back to New York. Flynn fled to Canada, where he stayed in Quebec until January of 1996 and crossed the border into upstate New York. Flynn found himself living in a small mountain town in Vermont for much of the year. Flynn was considered an extremely dangerous fugitive, combat trained, nothing to lose and was known to keep a large arsenal of weapons. Officials had to be extremely cautious. On October 10 of 1996 Flynn was apprehended during an early morning raid on the log cabin he was staying in, Flynn struggled, but was not armed and had to be forced to wear a spit mask and shackles due to spitting and kicking agents.

Flynn refused to speak with officials during interrogation and made several racist remarks towards a black agent. Flynn was likely to face a life sentence, the only debate was to hold him in federal or state prison. During Flynn’s arraignment, he appeared before the federal judge verbally abuse, calling the judge a “fat f***” and “homo”. In early 1999, Flynn was found guilty on all charges and is currently serving a life sentence in Colorado Super-max prison in Florence.””

Answer by Wobble
No one will read that diatribe. Cut n paste much?