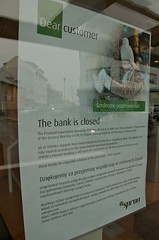 Question by Divine Truth: Jehovah’s Witnesses and others, why just now the Pope is starting to fight secularism and preach Christianity?
By NICOLE WINFIELD, Associated Press Writer Nicole Winfield, Associated Press Writer – Wed Jun 30, 5:04 pm ET
http://news.yahoo.com/s/ap/20100630/ap_on_re_eu/eu_vatican_shakeup
VATICAN CITY – Preoccupied for months by the clerical sex abuse scandal, the pope on Wednesday shuffled the Vatican bureaucracy before heading off on vacation. His most significant appointment: the head of a new office designed to fight secularism in the West.
Pope Benedict XVI tapped a trusted Italian, Monsignor Rino Fisichella, to head the Pontifical Council for Promoting the New Evangelization, a new Vatican department designed to reinvigorate Christianity in the parts of the world where it is falling by the wayside.
Benedict has made rekindling the faith in Europe a priority of his papacy, and the appointment of Fisichella served as a tacit acknowledgment that his efforts to date needed more focus and heft.

http://en.wikipedia.org/wiki/Inquisition
Inquisition movements
Historians distinguish four different manifestations of the Inquisition:
the Medieval Inquisition (1184–1230s)
the Spanish Inquisition (1478–1834)
the Portuguese Inquisition (1536–1821)
the Roman Inquisition (1542 – c. 1860 )
Because of its objective — combating heresy — the Inquisition had jurisdiction only over baptised members of the Church (which, however, encompassed the vast majority of the population in Catholic countries). Secular courts could still try non-Christians for blasphemy. (Most witch trials went through secular courts.)

The Vatican bureaucracy used the secular courts to back their not theocratic Inquisition, why? The theocratic way is different, “Brothers, even though a man takes some false step before he is aware of it, YOU who have spiritual qualifications try to readjust such a man in a spirit of mildness, as you each keep an eye on yourself, for fear you also may be tempted.” (Galatians 6:1) That is Christianity in genuine action secular bureaucracy can be shamefully unkind and mean! Jehovah’s Witnesses and myself personally have seen this still is true today, Secular courts could still try non-Christians for blasphemy. [by their secular bureaucracy thinking] (Most witch trials went through secular courts.) Is secular bureaucracy church thinking still in secular courts today? Try to live a true theocratic godly life like JW’s try hard to do and you will notice secular bureaucracy church thinking still in secular courts today! A true church and state blasphemy against golden rule theocratic godly life! So might the Pope need a real clue what theocratic godly life really means once off his secular bureaucracy church vacation? Is that not what secular business do? Did Jesus take a vacation off from the love of his Father Jehovah or the love of the people? Should anyone take a vacation from that needed love of all and God?
Journey said, “I don’t suppose any Jehovah takes a vacation.” Yes they do and many will take that time off and use it toward helping more good hearted people to know how to love Jehovah and their fellow humankind as deep as they do. But no Jehovah’s Witness will take a vaction from being a Jehovah’s Witnesses as if it was a secular business like so many religious leaders do. They are treating it like a secular bureaucracy church money business if they do that. And if they treat it like a secular business will they in time have to pay taxes and back taxes for all the years in business? The Bibles says the United Nations will be given power by the people to do something like that in due time! Can you see that coming?
Reminder from: divine truth’s Calendar
Title: District Conventions for 2010
Went on June 25, 26, 27 2010 to Salem

Book of Jeremiah page 182 a clue!
Jeremiah said “I Cannot Keep Silent”
We cannot as well!
Be BOLD and tell the divine truth!
Remain Close to Jehovah!

At the time I put the reminder up I was not sure which one I would be able to get to. But a brother came back from NY&NM and I went with him.
It worked out so well, thank you Jehovah! Something near that worked out 10 years ago as well! And other times too! If we want to be there Jehovah knows just how to get us there! Even if we lost all!:)

Answer by Tough Guy
Atheists, can I borrow five dollars?

I need to buy a mini Bible made in Dane Cook’s bible factory.